Showing posts from June, 2017
Show all

Pursuing a Dream: Gliding on Snowshoes 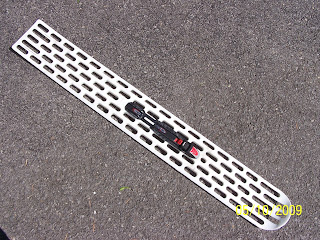 Note: This article appeared in 2014 in the newsletter of the Kick’n Gliders cross-country ski club out of Harrisburg, PA. It details the history of Trackers Skishoes. On various trips in the past, several club members have seen me playing with some funny-looking short, fat skis that looked a bit like snowshoes. Club members have helped in my effort to develop these by trying them and giving me their input and by taking photos of me using them. And because they’re so wide, I’ve been chosen on occasion to break trail after snowfalls as we head out skiing. After pursuing development of these for more years than I care to remember as a hobby, it has now transitioned to more of a serious business. This season, I soft-launched this product, which I’ve dubbed Trackers Skishoes. What does the term soft-launch mean? We haven’t actually begun producing skishoes yet, mainly because doing so requires an investment of over $50,000 for injection molding equipment. Rather, we’re putt
Post a Comment
Read more